What options do I have to fight inflation? 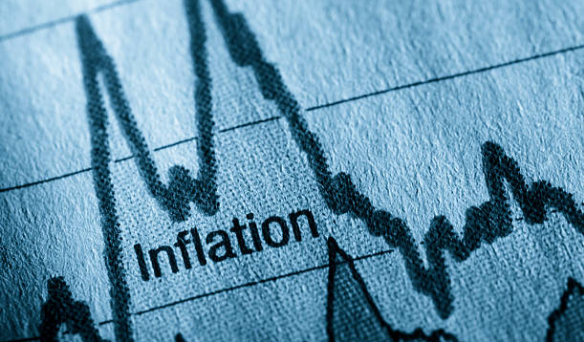 What options do I have to fight inflation?

In mid-2020, the US Federal Reserve, under the Chairmanship of Jerome Power announced a significant shift in monetary policy. It said that in order to drive a recovery in the labour market, which at that point was still in a state of devastation, it would tolerate higher inflation.

Fast-forward 18 months, and the tolerance has turned to intolerance. Today, the US Fed is on a tightening phase in monetary policy. So is the UK’s Bank of England and even the ECB has now turned ‘hawkish’ on inflation.

At the time of the Powell announcement in mid-2020, MoneyWhizz recognised the threat this ‘tolerance to higher inflation’ really meant, higher prices across the board. Today, across Ireland, the real impact of inflation is hitting home and affecting household finances in a significant way.

In a recently released Financial Resilience Survey from MoneyWhizz, most people said they were in a relatively good place financially at present but were concerned about the future. In particular, they expressed concern their money would run out.

Inflation is where prices rise over time. The higher the rate of inflation, the faster prices rise within a given period of time. But in addition to the rise in prices, the value of money also decreases. So, in addition to paying more for bread, milk and other daily staples, the value off savings and even future pensions are impacted too. From a financial wellbeing perspective, this is a double-negative that can have far-reaching consequences on financial resilience.

As Central Bank authorities take on inflation, it is likely to be some time before their actions translate into greater price stability. But as they slug it out, mortgages repayments are certain to rise.

There are vast areas of the economy that may be somewhat immune to the inflation-fighting tools used by central bank authorities. Fuel is one area of concern and with the EU so dependent on supplies of gas from Russia, wholesale prices could remain volatile for some time. And there is also the China factor. While it has so far delivered a near-zero Covid policy, were Covid to eventually to take hold and spread throughout that country, the impact on the supply of goods would be significant.

Protecting what you have

When it comes to the value of money, the only real means of beating inflation is through investing. However, in Ireland, investing is too often seen through the prism of property or company shares. In reality, the range of choices to invest is far more complex. For those actively employed, pension contributions are one means of investing, this offers the added benefit of very generous tax relief on contributions, investment growth and also at drawdown with tax-free lump sum withdrawal allowances. Outside of pension contributions, there are various low-cost funds, including exchange-traded funds (Vanguard, Dimensional, Fidelity, Blackrock and so forth) which offer the advantage of low costs, risk diversification and regular fund rebalancing to ensure the risk tolerance of the investor is met.

The impact of inflation of the general financial resilience of families can be very significant. Today, as price rises take hold, families have limited options to fight it off. However, when it comes to the impact of inflation on the future value of money, they have some effective options. It is here they should focus their efforts.

Frank Conway is a Qualified Financial Adviser and Founder of MoneyWhizz