Tackling debt: To use the Avalanche or Snowball technique? 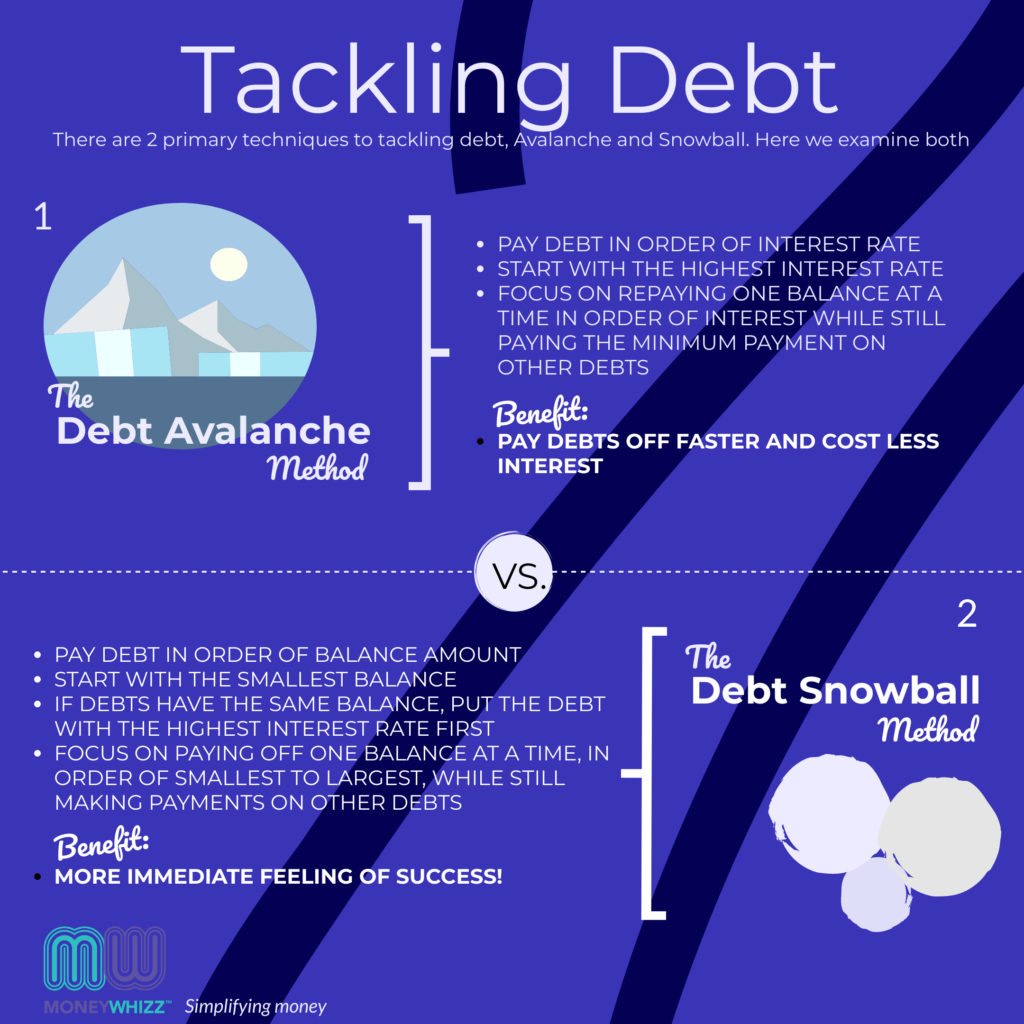 Tackling debt: To use the Avalanche or Snowball technique?

Paying off debt is no easy task, especially if you pay just the minimum amount due each month. Using the example of a €500 credit card balance, if the rate of interest is 18%, the minimum payment is 2.5% of the balance with a €5 ‘floor’, it will take almost 12 years to repay in full and cost over €450 in additional interest charges. This is what makes credit card debt one of the most expensive forms of borrowing.

To clear debt, you will need to speed up your repayments. There are two distinct strategies to settle outstanding balances in this way: debt avalanche and debt snowball.

Both debt avalanche and debt snowball apply to most forms of consumer debt: personal, student, and car loans; credit card balances; medical bills (unfortunately, not mortgages – even though you can ‘overpay’ those).

Each method requires that you list out your debts and make minimum payments on all but one of them. That one you select to pay the extra money towards is done with the aim of paying it off first. Once it’s paid off, you target another balance; the extra money you apply towards it could be the minimum sum you had to pay on the erased debt.

In terms of the financial difference between the two options, the maths generally favours the debt avalanche but this can depend on the actual amount of debt owed so it sometimes comes down to how people react to their perception of progress. If they feel they would be more motivated by eliminating an entire debt, then they probably should use the debt snowball technique. If on the other hand they prefer the feeling of tackling the most expensive debt, they should use the debt avalanche option.

Debt consolidation – If you are saddled with different kinds of debt, you can apply for a loan to consolidate those debts into a single loan that will pay them off. Payments are then made on the new loan until it is paid off in full.